The benefits of negative ions or of negative ion mats is something we cant see with the naked eye, but they’re wide ranging and may be surprising to you.

When was the last time you took a hike along the river, went for a walk at the beach, sat and watched a water fall, or even took a shower and just felt energized and at peace?

People have long known that being around and in nature you are put at ease and experience a healing effect, but what most don’t know is it isn’t just the peacefulness of nature you’re experiencing.

The unseen benefit being in nature and being surrounded by sunlight, air, water, and the earth’s radiation is an excess of negative ions in your surroundings.

Check out the reviews,

How are Negative Ions Made?

Negative ions are actively generated by falling and moving water, by sunlight, the earth’s radiation as well as by the healing crystals found in most infrared mats such as the Healthy Wave Mat, Biomat, & Vitamat.

Some crystals will give off more negative ions than others and many mats use a combination of 2 or more crystals to achieve a higher negative ion output such as the Healthy Wave Mat & newer versions of Biomat.

A negative ion is an atom that has an unbalance of positive vs negative charge because it has an extra electron causing the overall polarity of the atom to be negative.

They are completely necessary to human health and vitality; humans evolved living in nature surrounded by negative ions and only in modern day society have we built mega cities and buildings cutting ourselves off from nature and negative ions.

The only real place within our homes that we can find negative ions is when taking a shower, the falling water and steam generate a multitude of negative ions, just like that incredible fresh rejuvenating feeling you’ll get by being outside just after a thunderstorm has gone by.

The wonderful thing about negative ions is that just because we’ve nearly cut ourselves off from them entirely, we don’t need to wait to feel their benefits again.

Go to the beach, take a shower, walk by the river, and now experience them anywhere you go by using a far infrared mat which includes negative ion therapy.

The benefits are realized by your body immediately when you immerse yourself in an abundance of negative ions, feeling tired today? Head out to the closest body of water and have a shower when you get home!

Have you heard of PEMF Therapy?

PubMed research is revealing that PEMF, pulsed electromagnetic therapy can be highly effective across a wide range of conditions in aiding the healing process.

Combining far infrared therapy, with negative ions in addition to PEMF therapy creates a synergy of therapeutic benefits which can’t be attained in a product which only provides one of these therapies.

We’ve done a review of the remarkable publicly available PubMed research on our What is the Best PEMF Therapy page, check it out!

We reviewed a product called the Healthy Wave mat which includes all of these therapies, other well known products like the Biomat and Vitamat include only far infrared and negative ion therapies.

Airborne toxins and allergens are typically within the positive ion category, the usual meaning of “positive” not applying in this case. The more positive ions there are within a living space, the greater the chance of illness or un-wellness occurring in that same space. The only way to eliminate a positive ion is for a negative ion to attract to it and neutralize the atom. Once the charge of the overall allergen or toxin molecule is neutralized by the addition of a negative ion, the magnetic forces in the air no longer have any effect and the harmful molecule will drop to the ground. Once this happens, we no longer have any fear of inhaling this particular positive ion toxin or allergen because it is no longer airborne. As we know from elementary school and the basics of magnets, the positive repel the positive, and the negative repel the negative. This applies to negative ions as well and what it means is the more negative ions we can generate the further they will repel from one another and the more ground and airspace can be covered. Having an abundance of negative ions in your living space does not eliminate the chances of catching an illness but it goes a long way towards healthier living and reducing airborne allergens. (Air Ions and Mood Outcomes: a Review and Meta-Analysis)

It’s important to have a normalized level of serotonin in the body to experience the best quality of life available to us. Serotonin affects your experience of happiness and is produced by your brain. Studies have been showing that by reducing the effects of positive ions on your brain the result is a normalization of your body’s level of serotonin. Negative ion therapy is a proven method of an overall reduction in the presence of positive ions in your body. A normalized level of serotonin will not only lead to happier moods, but better sleep. Better sleep will in turn lead to feelings of well-being and overall happiness. There was a study performed on rats which showed that negative ion exposure was able to contribute to a normalized level of serotonin and an increased ability of the rats to handle work load and stress. In humans this shows up like feeling powerful and in control in circumstances that would otherwise be stressful and leave you feeling overwhelmed. If you were asked what would two things be that would greatly improve your quality of life, at least one of the answers if not both would likely be, reduced stress and an increase in sleep and rest. The good news is that negative ion therapy whether from a mat or immersion in nature near a body of water can aid both in reducing stress, improving sleep, and normalizing the body’s level of serotonin. (Effect of Negative Air Ions upon Emotionality and Brain Serotonin Levels)

SAD, seasonal affective disorder is a common “winter time” form of depression and is suffered by many, 6-7% of Americans report having experienced SAD. The good news is that we know exposure to higher levels of negative ions can boost energy and happiness levels and combat SAD directly. It was found in a study by researchers at the Columbia University Medical Centre that negative ion therapy was shown to boost energy and mood levels of 50% of the sample of patients studied. The results were increased further when patients were exposed during sleep. These results can be attributed to both the mental and biological condition of patients once having been exposed to higher levels of negative ions. Many people experiencing SAD in our modern society are immediately prescribed all manner of pharmaceutical products to help the patient, meanwhile the list of side effects of these products is long and the drugs can be addictive. The really wonderful thing about negative ion therapy is there are no side effects, and there is no such thing as an over use or over exposure to negative ions.(Promising New Treatments for SAD)

We’ve talked a lot so far about how negative ions clear your external environment, the air, of allergens and other detrimental “positive” ions. What about the environment inside your body. Think of how many breaths we humans take on the average day. This number is 23,040 breaths per day for a normal person and that number is higher if you exercise.  The cilia of your respiratory tract are tasked along with mucus to clean the air of every breath we take. Negative ions benefit the function of these cilia and improve our body’s overall ability to inhale healthier air. The number of people worldwide affected by asthma is continuously growing, and positive ions have been attributed to the types of environments where asthma prospers. Negative ions will go directly to combat the number of positive ions in our living spaces. Breathing is something we take for granted, 23,040 times per day, let us be grateful for every clean breath of air we take.(Air Ions and Respiratory Function Outcomes: a Comprehensive Review)(Effect of Positive Ionisation of inspired Air on the Response of Asthmatic Children to Exercise)

Many of us who work an office job or spend long hours in front of a computer screen will know that headaches can happen after too much work, time in front of a screen, or sometimes even when we wake up. An office setting is filled with positive ions and electromagnetic field emitting electronic devices like computers, all of which are shown to increase chances of headaches and the prevalence of allergens and other airborne toxins. Recently a study was performed where negative ion emitters were placed in an office environment; this was done by Surrey University at a company called Norwich Union. The results were quite remarkable and to nobody’s surprise after the results were in the company wished to keep the ion emitters installed permanently. It was found that there was a decrease in headaches experienced by employees by up to 78%! The exposure to negative ions can increase the flow of oxygen to the brain; this is one of the reasons that we feel so alert and rejuvenated when near running water or out in nature. With an increased exposure to negative ions everyday we can improve our productivity and clarity through all life’s experiences; not just improve our work performance but our experience with family and loved ones too. (Ionizer and Negative Ion Studies) 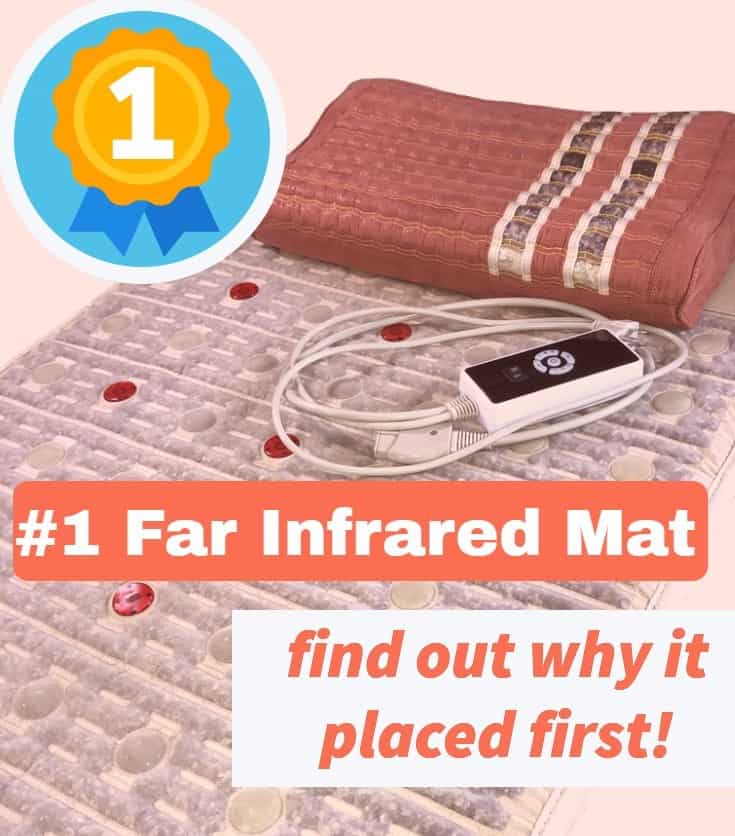 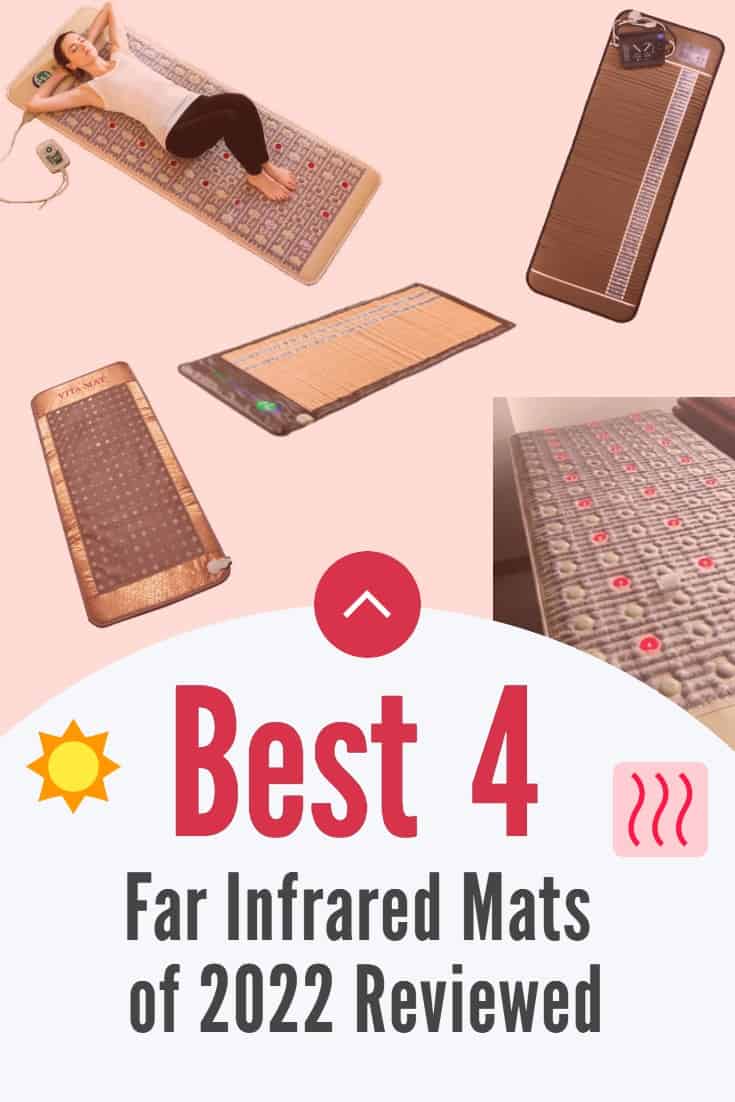 Health Mat Review may receive a commission for sales of some of the products linked to from our website (with no cost increase to the customer), this helps keep our information up to date for readers. Read more on our Affiliate Disclaimer page.

Subscribe now and get a coupon for our top rated therapy mat!

Subscribe now and receive a coupon for our top rated PEMF mat!

When you buy certain products from the sites we link to Health Mat Review might receive a commission. We use this to keep our information relevant and to keep providing up to date, free content for the community. Thank you for the support!

All information on our website including but not limited to text, images, videos, reviews is for solely informational purposes. It is not intended to be a substitute for the advice from a health care professional. Always seek the advice of your physician or other health care professional for any ailment or question you may have regarding your well-being, and never disregard professional medical advice based on something you read on this website. Read full disclosure here.

Subscribe now and get a coupon for our top rated therapy mat sent straight to your inbox!